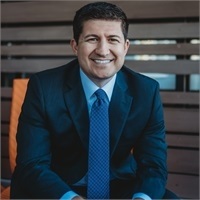 It’s come time for another chat about America’s resident mad genius, Elon Musk. In the latest installment of “What Was He Thinking?,” Musk announced on May 1 via Twitter that he thought the stock of his company, Telsa, was overvalued.

Since I have limited space here, I’ll leave aside him naming his newborn X Æ A-121 (which admittedly could be a joke).

Maybe calling that tweet an announcement is too grand. It was actually “Tesla stock price too high imo.” But that was more than enough to ruin a Tesla investors’ day. Those six words drove the stock down 12% in the half hour following Elon’s stock price tweets.

What makes Musk talking down Tesla’s stock price so interesting is that a CEO’s function is to build wealth for shareholders. And shareholders’ wealth, of course, is measured in the value of their stock. As someone who also owns over 30 million shares of Tesla3, the last think Musk would want — this is a rational investor thought— is to see the stock price go down. Usually CEOs do cartwheels to avoid saying anything negative about their stock, unless they must disclose something by law.

There’s a whole cottage industry of data providers and bloggers noting every reported buy and sell company insiders make. Top executives are insiders due to the confidential information they have on the company’s plans and performance. The U.S. Securities and Exchange Commission requires them to disclose their buys and sells of their company stock, so the market has some idea of whether their investing behavior matches up with the company’s announcements. If an executive is aggressively touting the company’s newest products but is liquidating his stock as quickly as he can get rid of it, that’s a negative signal. When founders buy stock, that’s considered a positive.

It’s not hard to track this information down. The first place to look is on a firm’s investor relations page under SEC filings. Interestingly, Elon’s last transaction (though a trust) was a buy, albeit a relatively small one of over 13,000 shares on Valentine’s Day. That is small in comparison to his total ownership and the transaction reversed a prior disposal of 17,000 shares in December through a gift. That’s relatively meaningless to a zillionaire like Musk. That tweet didn’t seem to get him a giant buying opportunity either. The stock was recently trading at 768, higher than before the announcement.

So, what do we take away from that odd little tweet? I submit that it didn’t change much. Tesla wasn’t cheap by many valuation measures before the tweet and it isn’t cheap now.

Most of his behavior seems tilted towards the long term and well explained by his vision of (in the order of his priorities) disrupting the auto industry and producing nifty cars that eventually turn him a nice profit.

But that outburst, and others like it, keep things interesting. It reminds me that behind all the ratios, dollars and innovations, there is always a human element.